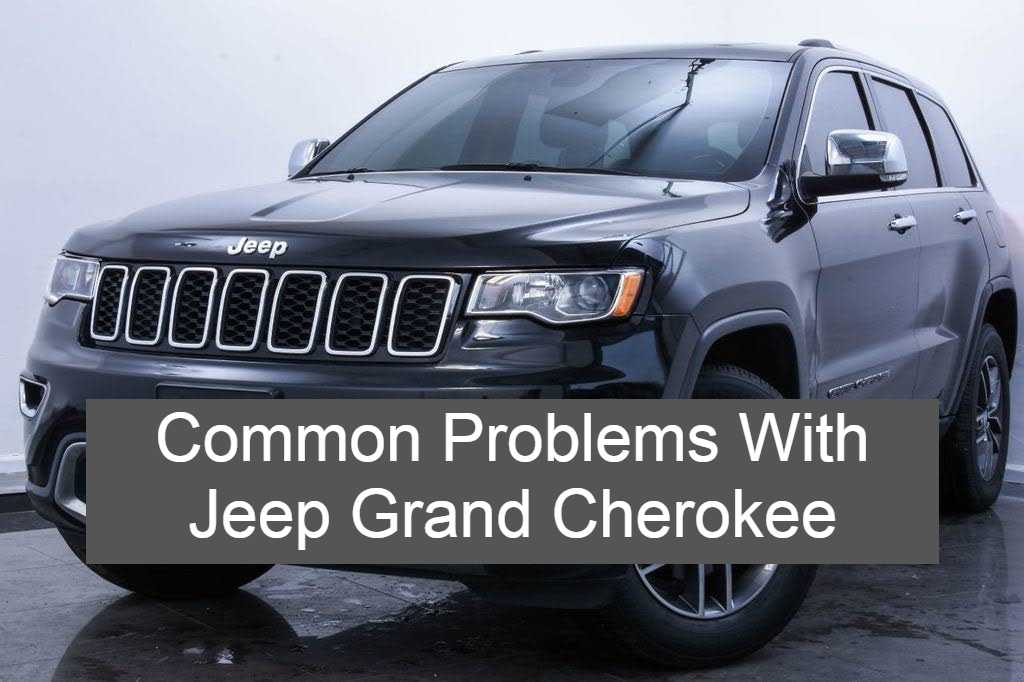 SUVs make a great option for personal transportation. They tend to be safer, capable of towing, usually have a 4 wheel drive option for inclement weather or road conditions, and provide more passenger space than a truck. Among the many mid size SUV options to choose, the Jeep Grand Cherokee is a popular choice. You can use it as a daily driver or take it on an off-roading adventure. It is also one of the best selling SUVs in America with a loyal following and one of the most awarded SUVs. However, despite its popularity, it still has some flaws and is far from perfect.

The Jeep Grand Cherokee has unfortunately been part of numerous recalls throughout its history but the newer generation address some of the problems and has better reliability. Most common complaints are about the electronics system and braking. The Grand Cherokee has had at least 95 recalls over the years. Meanwhile, the other Jeep models like the Comanche have fewer recalls and models like the CJ-7, Rubicon, and Sport has had zero. According to the data, it appears that the early 2000 models have been the most problematic.

History of the Jeep Grand Cherokee

The Grand Cherokee came out in 1993 as a successor to the smaller Cherokee XJ. The car came into the market as a direct competitor to the Ford Explorer in the growing midsize SUV class.

Unlike the Explorer, the Grand Cherokee was designed with a unibody frame instead of the body on frame. This just means that the frame and body are built together as a single piece. This design made it lighter, more fuel-efficient, and cheaper to manufacture.

The 1st Generation is labeled as “ZJ” and ranges from the years 1993 – 1998. It originally came in 3 trim levels which included the base model, Laredo, and Limited.

The 2nd Generation was the “WJ” model and ranged from 1999 – 2004). The most notable feature that was added to the 2nd generation was “Quadra-drive” which is an automatic 4 wheel drive option.

The 3rd Generation is the “WK” model and they ranged from 2005 – 2010. Jeep changed the suspension in the WK models to an independent double-wishbone setup. This just means that the new suspension gave it cross over capabilities and made it more of a truck-based SUV.

We are currently on the 4th Generation of Jeep Grand Cherokees from 2011 until now. This generation’s label is “WK2” and you’ll find that the most major changes are to the suspension system. Jeep added four-wheel independent suspension for better off-road handling.

List of the Common Problems Reported and Recent Recalls

Now that we have a bit of history about the car, let’s talk about the worst common problems reported by car complaints and data from the NHTSA.

The 4th generation seems to have the most complaints, specifically the 2011 model. It was the first year of the new generation with about 623 complaints on the NHTSA for electronics.

Some of the issues reported:

The issue with the electronic system warranted a recall on the vehicles from 2011 – 2013. To give you an idea of how the TIPM integrates with the car’s system, here’s an example.

Your car may not start because the connection to the part of the car that causes it to start is dependent on the TIPM. If the connection is intermittent or the signal is not sent, then your car will crank but it won’t actually start.

The typical repair cost for a new TIPM is about $1,180. People report noticing the issue at around 52,000 miles.

The car was designed with a brake boost system that is intended to help with stopping power.

It works the same way that power steering works. It helps you press on the brake with less force because the system will automatically apply more pressure for you.

However, what happened is the system would prematurely corrode and compromise the braking.

This caused incidents where people crashed into objects in front of them.

Warped rotors were another common issue with the braking system. Excessive heat would cause the rotors to deform in shape.

Drivers felt the effects of the faulty rotors when the steering wheel or brake pedal would shake while trying to stop the car.

The average cost of fixing the brake booster is about $700. Some owners reported that they had to replace their brake pads and rotors after 2.5 months.

The car has also had issues with the transmission and gear shifter.

The most notable case is in the 2015 models that had the monostable electronic gear shifter.

The shifter was designed to be different than a regular shifter. Instead of mechanically pushing or pulling the shift lever into gear, the electronic gear shifter used a spring. So when you are moving the shift lever, it will always return to the central position.

The problem with the electronic gear shifter was when drivers thought the vehicle was in park but then realized too late that it was still in drive.

The NHTSA reports that the faulty gear shifter was linked to over 50 injuries and over 200 collisions. This prompted another recall in 2016.

Those were some examples of common performance and safety issues.

Last, we will discuss the issue with more general things like the interior.

Owners that purchased the higher package of the Jeep Grand Cherokee had cars that came with premium leather interior. Unfortunately, many have reported that the leather dashboard became damaged overtime by heat.

They report that around 45,000 to 50,000 miles, the leather will start to delaminate from the panel, giving the dashboard an appearance of wrinkles and bubbles. The warped leather only got worse over time and the cost of replacing the dashboard is about $1100 without the labor.

General Issues and What it Means for Owners

Despite the issues, the Jeep Grand Cherokee is highly regarded as a best in class vehicle for the midsize SUVs. It has received many accolades from different organizations.

Overall, the data shows that the most complaints about the car came from the 2011 – 2015 models.

However, not to dismiss any other problems that could have affected the other years. At this point, there might not be enough data for the newer years, but it appears to have fewer complaints and recalls.

The newest models are even better than the previous years because they have improved their design, technology, and overall appeal. They have added more driver safety technology that aligns with the current technology in modern cars.

The latest models will have fancier built-in airbags that work better than your traditional airbags and a body designed to not crumple in a crash. It also has over 70 safety features like:

These are just a few additions that have improved its driving capabilities and driver road safety overall. The car has won different awards for safety, drivability, and is best in class for mid-sized SUVs. The NHTSA gave the 2020 Grand Cherokee high marks for their crash test rating.

Should You Be Worried About the Cost of Repairs?

Now that you are aware of some common problems with the car, you’re probably wondering about the vehicle’s reliability.

Kelly Blue Book is a trusted car site that compares information for different years and models. They gave the Jeep Grand Cherokee a favorable consumer rating overall. In fact, the car got 4.3 out of 5 stars for reliability.

This just goes to show you how Jeep really did an excellent job of turning the car around. The redesign year had a number of issues and recalls but Jeep worked quickly to resolve them. You’ll find that most of the data online will show that they have the highest number of recalls between 2011-2015.

The latest years have been known to be more reliable, robust, and have better performance.

If you do end up having to service the vehicle, the average repair cost for owning a Jeep Grand Cherokee is about $694. This number will depend on where you get your car serviced as well.  It is a bit high in comparison to other vehicles in its class but the parts and technology are better quality.

In conclusion, the Jeep Grand Cherokee is one of the best selling cars. It makes a great option for people that are looking for sport utility and comfort. The newer models have been branded to appeal more towards luxury, performance, and class. In recent years, they have even started appealing to consumers that are looking for engine performance. The Trackhawk edition is designed with excellent road performance in mind. This package has a supercharged 6.2L V8 engine that delivers power and performance. The car can accelerate from 0-60 mph in 3.5 seconds and has an 11.6-second quarter-mile time. Although if you’re looking at just purchasing the base model, it is still competitively priced at MSRP of $32,240. Which is in line with the price of vehicles in the same class.