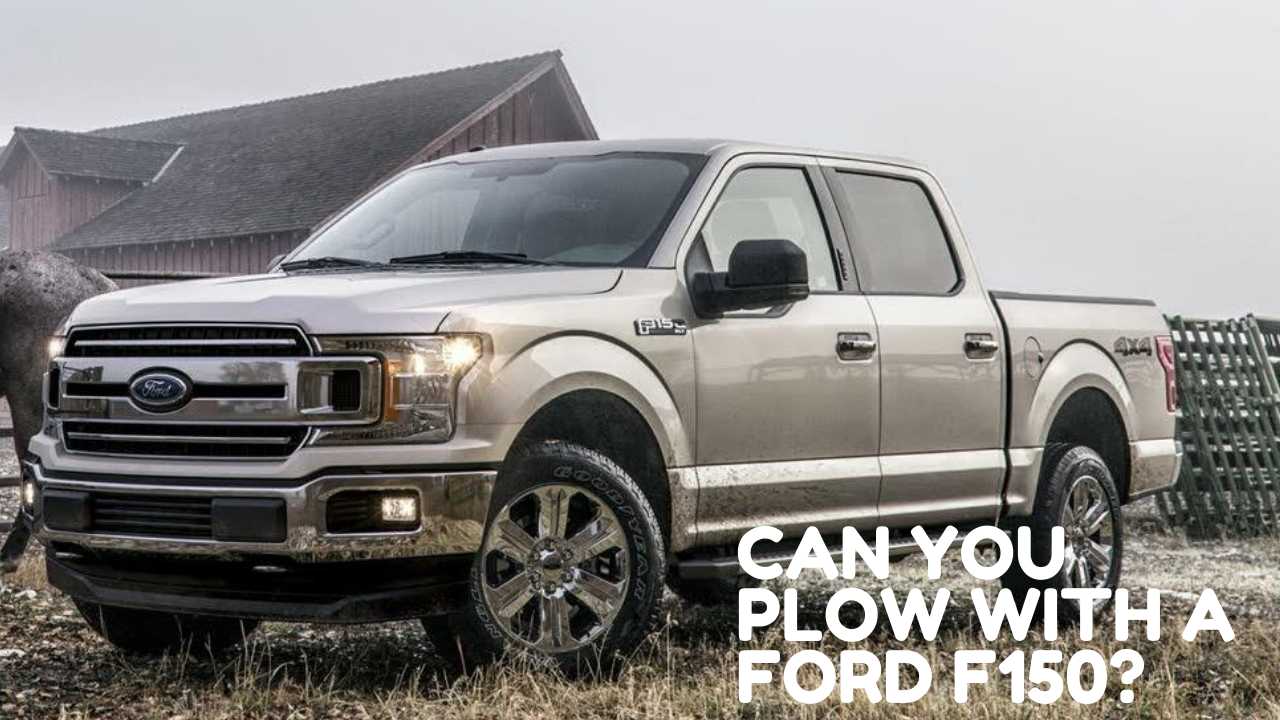 If you have a Ford F150, you may have wondered if you can plow snow or other things with it.  In the right conditions, you are able to plow with it.  Be sure to consider these essential factors before you attempt to plow with your Ford F150.

To plow with a Ford F150, you need extra packages and the right trim.  Here is what you need to use your F150 to plow:

Even with all these add ons, you should not use a Ford F150 for consistent plowing jobs or major plowing jobs.  A half-ton truck such as a Ford F150 can help with a large variety of tasks, but a heavier truck might be safer to use as a plow.  A three-fourths ton truck would be much safer to use for plowing as it can bear a much heavier load.  Even though three-fourths ton trucks are more expensive, the repairs a half-ton truck might need due to plowing damages might balance it out.

Your decision should depend on how often you plan to plow with a Ford F150 or the scale of the plowing jobs you plan to do. Based on these factors, you may or may not want to use it for that purpose.

Design Strengths of the F150

The F150 is a popular model of Ford.  It is heavy-duty, yet lightweight.  Ford has recognized that this model is being used for many different jobs, so they put it to the task. Engineers and researchers for Ford have done lots of testing and consumer usage data analysis. They know that the F150 is being used for an array of different utilities such as plowing. Due to the diverse uses of this truck, they have been developing different kinds of specifications for each type of work.

Ford has begun making improvements to the F150 because of this data they’ve collected.  They are renovating it to make it more durable, versatile, and strong. Ford aims to make the F150 more adaptable to any type of work. They also had the task of not making it too heavyweight as to only work for heavy-duty tasks.

Cabin Size of the F150: Using a lighter plow, the new F150 can handle a plowing job with minimal damage or stress to the front of the vehicle.

Plow Package Costs: Most plow packages cost anywhere between eight hundred dollars into the thousands for plow and prep. However, Ford offers a plow and prep package for only fifty dollars.  These options that are built for the F150 with a 5.0L V8 engine are compatible with any cabin design.  Ford recommends that you go to an approved plow distributor for installation.

Other Things To Consider

Models of the F150 from 2018 and forward were designed with plows in mind. You should be sure that the plow package you choose has at least ten to twenty millimeters of clearance to OEM components.  It also shouldn’t surpass the front axle available payload rating.  Lastly, the weight of the plow should not exceed the Total Accessory Reserve Capacity.

You should consider the Lariat body. If you plan on using it to plow when choosing one of the more recent F150 models, the Lariat body would be ideal. As a rule of thumb, trucks that are made to accommodate plow packages will have a snowplow button on the dashboard.

You will have to adjust the front tire wheel alignment. If you add a plow to your Ford F150,  these adjustments prevent uneven and premature tire wear.  They also prevent headlight realignment from becoming necessary.

Plowing With the Ford F150

Many traits of the new F150 suggest that it was designed with plowing in mind.  It has more high steel strength than earlier versions of the vehicle, but with less weight. The Ford F150 was made for higher workload, capacity, and handling, which are ideal traits for plowing.

Plow packages can be added on to the vehicle with ease. Due to the F150’s superior chassis support and its better body, it is built for these add ons. Suspension upgrades have also prepared the vehicle to handle the task of plowing. Although these upgrades may not have been necessary to the vehicle, they make it much simpler to transform your Ford F150 into a plow.

There are several plowing options available. They are all specifically designed to work with the new F150 model. Since it is more massive, owners of Ford F150 trucks can feel comfortable with the front of the truck’s carrying capacity.  Overall, the changes made in the design offer a more diverse array of uses for the vehicle.

We suggest a lighter plow. Even with all of these modifications, we still suggest a lighter plow for your Ford F150 because it is still a lighter, half-ton truck.  A heavier plow could slowly damage your vehicle and significantly decrease its lifespan.  The F150 naturally adapts itself into a plow, but that is not its sole purpose.  With the right care and consideration, you will be able to use it as a plow and as an everyday vehicle.

Unlike the above suggestions, you should make sure your vehicle has all of these features if you plan to use it to plow:

Ideal Engine to Plow With the F150

Refer to our list of what you need to plow with your Ford F150 at the beginning of this article. You will note that we have not stated that a 5.0L V8 engine is necessary for regular plowing.

The 5.0L V8 engine is large enough. Thus, it will help suit the vehicle’s need for larger air intake. The grill will become covered by the plow add on. Therefore, this larger engine is necessary.  This assures that the vehicle’s performance doesn’t become compromised.

Ford offers recommendations for a variety of your plowing needs, including if you need to plow small areas. They have some recommendations when you’re looking for your pre-sale package, but some are standard issue.

Consider all-wheel-drive. Some suggestions, such as the all-wheel-drive feature, are obvious upgrades that you should consider for your vehicle post-sale.  All-wheel drive optimizes your vehicle for harsh weather, as well as makes it sturdier and safer to use a plow. With such features, your truck can stay in good working order for everyday use and ultimately save you money and time.

All of these suggestions are not required, but they can definitely help you.  Following them will keep you safe and increase your warranty coverage.

Plowing Safely With the F150

Overall, Ford designed and built the F150 to handle lighter plowing jobs. You should be able to use it for plowing no problems if you follow the guidelines in this article and carefully track the health of your truck. If you are looking to complete more heavy-duty plowing tasks, it would cause the F150 has a higher risk of harm to the frame and front end of the vehicle.  Therefore, it is not recommended for these kinds of jobs.

The F150 is a very sturdy vehicle that is sure of the highest quality. Ford built it to endure almost anything in day to day life that you could throw at it, so it surely can plow within reason. As long as you don’t overexert it, the Ford F150 will serve you well.