The Ford name is synonymous with American culture and when it comes to compact SUV’s the Ford Escape ranks among the top in the nation for safety and reliability. So where is this most American of cars actually made? 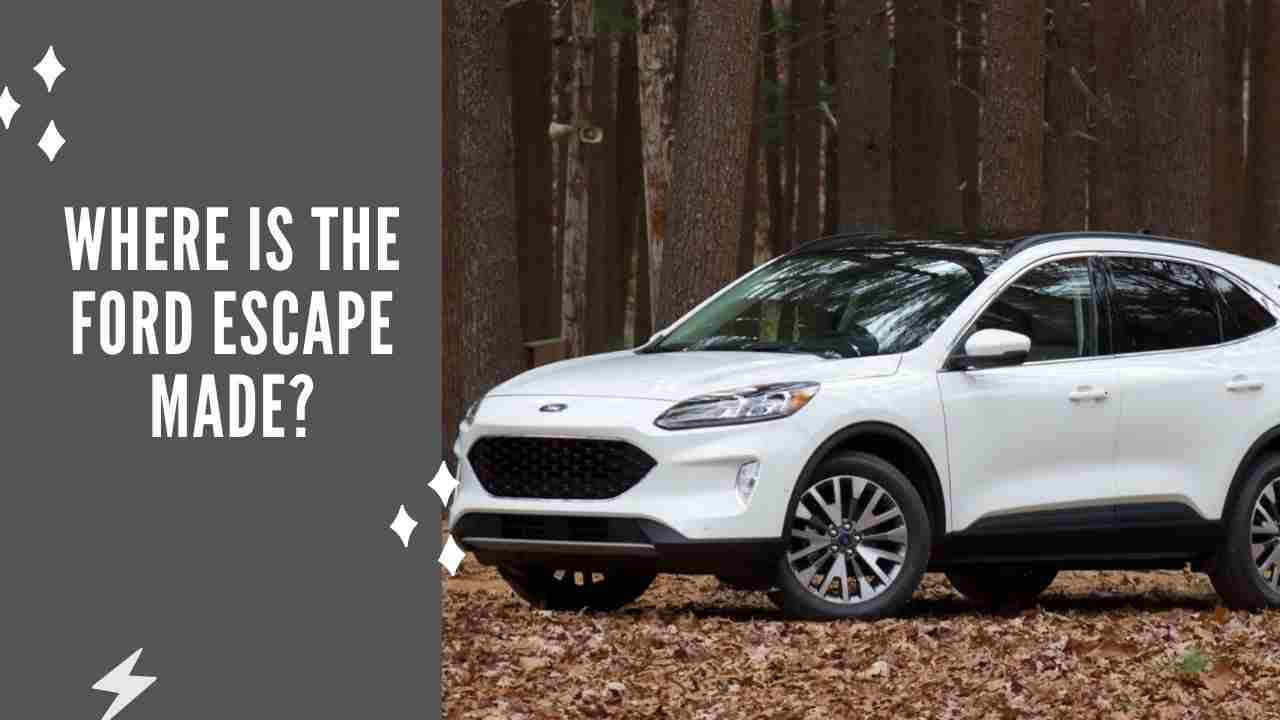 The 2020 Ford Escape is expertly assembled in the halls of the Ford Louisville Assembly Plant, located on Fern Valley Road in Louisville, Kentucky. The plant dates back to 1955 and housed the assembly line responsible for many Ford and Mazda vehicles including the LTD, Skyliner, Navajo, Ranger, Explorer, Mountaineer, and Sport Trac.

Where is the Ford Escape Made?

Nearly all of the Ford vehicles including the Ford Escape are made in North America with a few of its plants in neighboring Mexico and Canada.

Is The Ford Escape An All-American Car?

Ford vehicles sold in America are mostly made in the United States making the vehicles one of the most “American” cars on the market. The 2020 Ford Escape is no exception.

The Ford Motor Company: Ford is one of the largest automakers in North America and the world. It grew from an experimental workshop in Henry Ford’s backyard in Detroit, Michigan to what it is now; an American multinational auto manufacturer.

As times changed, the production line changed as well: With decades of growth in the car industry and an undeniable need for passenger cars all over the world, the Ford Motor Company, like its competitors, changed with the times. Where once a car and its parts could be made and assembled in a small workshop, Ford now sources its car parts and engines from all over the world. That being said, many of the Ford vehicles including the Ford Escape are still assembled on American soil.

Stepping up to the plate: In 2019, the Ford Motor Company stepped up its game and invested $550 million into its Louisville, Kentucky plant. The compact SUV took over the plant and after years of waiting, the redesigned 2020 Ford Escape made its comeback with features and upgrades that have received rave reviews.

Money well spent: With so many new car makers entering the market across the globe, the upgrade to the assembly facility, which first opened in 1955, was crucial to Ford remaining a worthy competitor in the market, especially in the area of compact SUVs. Currently, the Ford Escape ranks in the top #5 in its class.

The Ford Louisville Assembly Plant: The city of Louisville in Kentucky, USA currently houses the production of the 2020 Ford Escape and 2020 Lincoln Corsair (to replace Lincoln MKC).

So is the Ford Escape an All-American car? With its roots in Michigan, its assembly line in Kentucky, and its ever-growing presence in the bigger world, the Ford Escape is arguably an American invention through and through.

What Are My Engine Options for The Ford Escape?

For car enthusiasts who are also trying to minimize their carbon footprint, the most current Ford Escapes on the road have eco-friendly engine options. To complete your powertrain you will have the choice between turbocharged engines, a fully hybrid electric engine, or a plug-in hybrid electric engine.

The 2020 Ford Escape: It has been eight years since Ford updated the Escape. Newly redesigned with features such as blind spot monitoring, driver drowsiness monitoring, forward collision warning, and automatic emergency braking the Escape is a no-brainer for many car buyers. The 2020 model has four engines to choose from giving car buyers a nice range of options when shopping for a compact SUV that provides power and style.

If you’re looking at the 2019 lineup: Three different engines power the popular 2019 model of the sport utility vehicle. These include the 2.5L iVCT I4, 1.5L EcoBoost® I4, and 2.0L TwinScroll EcoBoost® I4.

One of the best used car options in the Ford lineup: The 2017 3rd generation Ford Escape is highly recommended. With a choice between two turbocharged engines, a 1.6L producing 178 hp, or an upgraded 2.0L turbo with 240 hp, significantly better torque and fuel economy make the 2017 iteration one of the best used SUVs out there.

A global player: Engine production happens all across the globe for Ford vehicles. From Argentina to India, Ford parts are supplied by around 100 different sources. As the second largest automaker in America with 65 plants pumping out approximately one new car every 10 seconds worldwide, Ford engines are developed and produced throughout the world.

When it comes to choosing the right engine to suit your SUV needs you have quite a few high-performance options with your 2020 Ford Escape.

Where Is The Ford Motor Company Located?

From its founding in 1903 to its largest manufacturing plant on the River Rouge, Ford has remained a staple of American culture.

Ford Headquarters: As of today, the Ford Motor Company’s headquarters remains in Michigan, the birthplace of its founder Henry Ford.  Also called the Henry Ford II World Center (and popularly called the Glass House) the 12-story building in Dearborn, Michigan is home to upwards of 3,000 Ford Motor Company employees. Dearborn is also home to the Ford F-150 and Raptor Truck production plant.

Ford River Rouge Plant: The largest and oldest Ford plant sits on the River Rouge in Dearborn, Michigan. Envisioned by founder Henry Ford, the manufacturing plant was built to accommodate trains, ships, and a homespun electricity production facility. At one point, the massive facility employed over 100,000 workers. And after 100 years, “the Rouge” as locals of Detroit call it, is the longest continuously running auto production plant in the nation.

At the turn of the century, as demand grew for small sized crossover SUVs, the Ford Escape made its way into the market.

Introduced to the market in the year 2000: The 2001 Ford Escape was the brainchild of Ford and Mazda. With trim level choices such as XLS, XLT, XLT Sport, and Limited models, the first generation Escape gave the option of a manual and automatic transmission as well as two different engines: the 2.0L 4-cylinder and 3.0L 6-cylinder engine which boasted more power. This line ran from 2001 to 2007 with some minor upgrades and a hybrid option in between.

Ford Escape didn’t stop there! The second generation of Ford’s most popular SUV was then introduced with sleek and stylish modifications. In addition to engine and transmission upgrades that made the Ford Escape more powerful than ever, its safety modifications including side curtain airbags and park assist earned it a 5-star safety award in 2010.

The latest model: The current iteration of the Ford Escape and the 4th generation of the vehicle is more technologically advanced than ever. With curvier lines, new trim levels, and eco-friendly features.

An award-winning SUV, the 2020 Ford Escape continues to be coveted by families, sportsmen, and car enthusiasts alike. Assembled in Louisville Kentucky with parts from all around the world, it is a true embodiment of what is American.