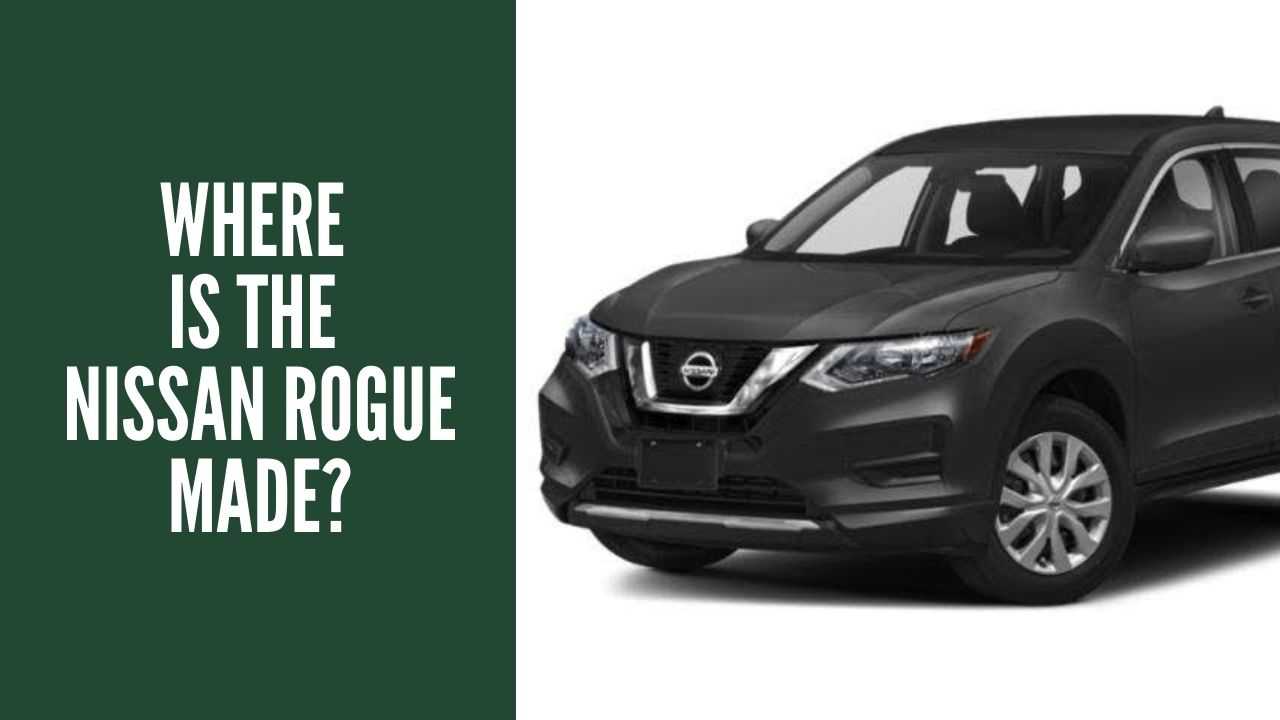 There is a lot of information on Nissan vehicles. Read on to learn more about the Nissan Rogue and the Nissan brand as a whole.

Nissan Rogue: Where It’s Made and Who Makes It?

Production of the 2021 Nissan Rogue began on September 22, 2020, and they started rolling into dealerships in late October. With more than 1 million second-generation Nissan Rogue’s produced, there is a lot that goes into making these vehicles one of the most popular on the market.

Where Are They Manufactured?

For over 37 years the plant in Smyrna, Tennessee has produced Nissan vehicles.

Where are they made?: The Nissan Rogue was manufactured at the Nissan Vehicle Assembly in Smyrna, Tennessee. Nissan began producing the Rogue in 2007 but the plant originally opened in 1983. The first vehicle to roll off the assembly line was a white pickup truck.

How many Rogue’s are made there?: The facility in Smyrna, Tennessee has an annual production capacity of approximately 640,000 vehicles and employs around 7,000 people. In addition to manufacturing the Rogue, this facility also manufactures the Nissan Altima, Maxima, LEAF, Pathfinder, and INFINITI QX60.

How long does it take to manufacture a Rogue?: On the assembly line, technicians send around 80 cars every hour which is equal to about one car every 40 seconds.

Where Did The Brand Originate?

Nissan has a rich and innovative history that did not originate in America. Nissan began as Nihon Sangyo in Japan.

Where did Nissan start?: In 1928, founder Yoshisuke Aikawa became president of Nihon Sangyo. Nihon Sangyo appeared on the Tokyo Stock Exchange as NISSAN in 1933. Nissan, then known as Datsun produced its first cars in 1935. Datsun was the first mass-produced Japanese vehicle.

When did manufacturing begin in America?: The first American factory didn’t happen right away. The demand for the vehicles was great so they began production in Mexico in 1966 followed by production in Australia and Taiwan. Nissan Motor Corporation established itself in Gardena, California in 1960 but the first factory didn’t open in America until 1983 when Nissan opened their factory in Smyrna, Tennessee.

Where Is The Engine Manufactured?:

While the body of the Nissan Rogue is manufactured in Smyrna, Tennessee, the engine is put together in another facility about 70 miles away.

The Smyrna, Tennessee plant is not the only Nissan Manufacturing plant in the United States. The brand also has factories in Decherd, Tennessee and Canton, Mississippi. In Mexico, Nissan has a plant in Aguascalientes, Mexico. Read on to learn about each plant.

Decherd, Tennessee: The Nissan Decherd Powertrain Plant opened its doors in 1997 as the first engine production plant outside of Japan. They manufacture engines for all Nissan and Infinity vehicles that are assembled at the plants in Smyrna, Tennessee, and Canton, Mississippi.

Employees and production: The Nissan Decherd Powertrain Plant employs more than 1,700 people. During their first year of production, they produced 162,000 engines. By comparison, in 2015, they produced 964,000 engines. In 2016, the plant met a huge milestone when it produced its 10 millionth engine. The fast-moving production line produces a new engine every 19 seconds.

Canton, Mississippi: The Nissan Vehicle Assembly Plant opened in 2003 boasting 4.7 million square feet and 1,038 acres. Upon its opening, it brought huge economic growth to the community as the first automotive production facility in Mississippi.

Employees and production: The facility has created more than 6,500 jobs for people in Canton and the surrounding areas. Those employees crank out around 450,000 vehicles per year.

What models are built there?: This facility produces the Nissan Altima, Frontier, NV Cargo, NV Passenger, Titan, and Titan XD.

Giving back: Nissan Vehicle Assembly Plant has a partnership with Mississippi Food Network and Our Daily Bread food banks. Recent donations from Nissan will provide over 200,000 meals to local community members in need. Employees of the plant also volunteer at both organizations.

Employees and production: The multi-facility compound employs around 4,852 people. The plant is capable of assembling 600,000 cars annually.

What models are built there?: The plant in Aguascalientes, Mexico produced Nissan Micra, Almera, Tiida, and Sentra.

Doing their part: The assembly plant in Aguascalientes, Mexico uses renewable energy. About 50% of the energy used by the plant comes from renewable sources such as windmills and helps reduce their CO2 emissions.

It’s no secret or surprise that the Nissan Rogue is one of the best-selling vehicles on the market. After learning some of the histories of the brand and what goes into making them, I hope you feel confident in your knowledge of the brand whether you’re shopping for a new vehicle or just curious.

Can a Car Battery Die While Driving?
Is It Safe to Drive with Grinding Brakes?
What Happens If Your Brakes Overheat?
Best Floor Jack
Best Light Truck Tires
How Long Is A Ford Expedition
How Many Axles Does A Car Have?
Best Car Amplifier